Home » Who Can Benefit from 3D Printed Custom Scale Models?

Who Can Benefit from 3D Printed Custom Scale Models? 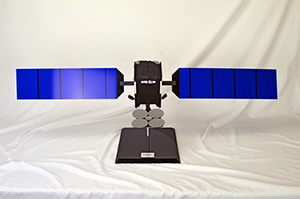 Since the invention of the 3D printer, many phenomenal advances, solutions, and aesthetic representations have been created, from life-changing medical applications to breathtaking artwork. Even just via the creation of three-dimensionally printed custom scale models alone, 3D printers are deemed advantageous and versatile devices for both individuals and working professionals engaging in various projects. In fact, there are many ways custom scale models can come in handy, as you’ll see.

The Many Uses of Custom Scale Models

Industry-wise, custom scale models are useful in construction, architecture, engineering, marketing, and public relations, to name a few. Specifically, 3D-printed custom scale models can be used in exhibits, on display in trade shows, while interacting with customers, or during meetings.

The role of a custom scale model is quite variant. For some folks, they serve as a smaller, more affordable three-dimensional example of a larger, functional object they wish to create (e.g., a working vehicle, building, bridge, statue, etc.). Custom scale models give individuals the opportunity to get a physical feel and better look of their design to ultimately decide if “it works,” giving them time to tweak their design before they delve into their large, very expensive project.

Custom scale models can also act as tools to help solve a problem. For instance, if a city is having difficulty deciding exactly where to build new community facilities in a vacant part of the city, they may have those buildings three-dimensionally printed so that they can physically move them around to decide on the most convenient and appealing placements.

Additionally, custom scale models can serve as smaller (or larger) replicas of pre-existing objects. In, say, a classroom or museum, having 3D-printed replicas made of a very delicate piece of pottery, artwork, or other object can give individuals the opportunity to not only look at but feel and interactive with said object without the actual object’s safety or condition being in jeopardy. Even better, multiple replicas of one object can be created so that multiple individuals can interact with it at the same time.

Generally, the applications, benefits, and purposes of custom scale models is incredibly variant depending on one’s wants, needs, goals, and/or industry they work in.

Let Us Create Your Custom Scale Model in Irvine, CA!

If you’re in need of a custom scale model for an individual-, community-, or work-related project and happen to be in or near Irvine, CA, ProTek Models is the perfect go-to 3D printing company to turn to, to get your project completed.

At ProTek Models, we’re happy to say that we offer some of the highest-quality 3D printed custom scale models in California and beyond. We’re also happy to say that we take on a wide range of projects, big and small, for many individuals and industries. While we specialize in custom scale models of vehicles, satellites, engine, submarines, aircrafts, spacecrafts, and rockets, we’re willing to take on many other types of projects as well.