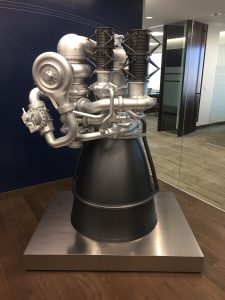 Were you ever assigned a big art project as a student in school? If so, your teacher probably helped break down the project into several steps to not only make the project easier for students to handle but also to ensure students put their best, most thorough work into the project. For instance, there’s a good chance that they had students create a smaller version of the project, like a draft, that had to be approved by the teacher before the student could go on to finish the project.

That’s pretty much how prototypes work. They tend to act as a preliminary version of a larger project that you wish to later have created. So, technically, a prototype is a test object or a draft, so to speak, and they can certainly come in handy.

If you’re ever in need of a three dimensionally printed prototype, you can count on ProTek Models in Yorba Linda, CA to get the job done!

Why Get a 3D-Printed Prototype?

When it comes to completing a project or creating a product, it’s always nice to have a prototype. Why? So, this way, you can test the aesthetics, function, and scale of the object before you spend a lot of time, money, and resources skipping to the final project instead. Prototypes can save a lot of stress in the meantime, too, since chances are, there’s going to be something you want to change before the final stage. Having a prototype created first gives you more room for alterations and utilizes less money, so you have more moola to play around with by the time the final stage comes along.

Prototypes can also be used as a way to test to see what version of a product customers prefer most when, say, when conducting a marketing survey.

In general, going for a prototype version of something can be a great, money savvy step when it comes to creating a product for your business or even completing a personal project for yourself.

Get your prototype three dimensionally printed with our intelligent and speedy staff members. To get your project started now, simply call us at (832) 968-6636, and your project will be on its way to being completed very soon.