Home » Did You Know that 3D Printing is Environmentally Safer Than Traditional Manufacturing Methods?

Did You Know that 3D Printing is Environmentally Safer Than Traditional Manufacturing Methods? 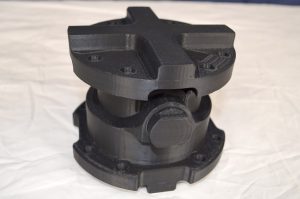 These days, we’re always looking for ways to reduce the amount of pollution we release into our precious environment. However, the more the world’s population grows, the more we must industrialize. And the more we industrialize, the more we rely on mass production. However, would if we told you that getting a model, tool, or prototype created with a 3D printer is significantly cleaner for the environment than your typical means of manufacturing? It’s true.

Although more energy is generally used when an object is being 3D printed, there are fewer distribution emissions involved in the process. Often being very light in weight, sometimes up to 50 percent lighter than their non-3D printed counterparts, three-dimensionally printed objects require less energy during transportation.

And the fact that products can be 3D printed just about anywhere as many 3D printers are quite portable, not to mention that there are 3D printing facilities located in many cities, means distribution emissions can be cut even further.

Fewer Use of Materials

Traditional manufacturing methods unfortunately utilize more material than necessary. Generally, excess material is often cut away during these “ancient” methods. 3D printing, on the other hand, involves only the material(s) that are needed to complete the prototype or part. In turn, more energy is saved as no extra material is created nor later snipped away like with conventional production.

Another major issue with mass production is that materials that are harmful for our environment are often utilized. With 3D printing, it’s different as thermoplastics, which are often recyclable, are commonly used. Thermoplastic may not be the eco-friendliest material on the market these days; however, with fewer materials used during the printing process and the fact that this material can often be recycled is a big step up from traditional manufacturing. Some 3D printers today are even capable of creating protypes using recycled thermoplastic material.

All in all, 3D printing is often the best route to go, particularly for single and small batch production. With affordable costs, less material waste and distribution emissions, recyclable materials often used, and a quick turnaround time, having your protype printed with a 3D printer typically has more benefits than typical production.

If you need a three-dimensional item produced, inquire more about 3D printing in Rancho Cucamonga, CA by calling ProTek Models at (832) 968-6636.