Home » 3D Printing in the News

3D Printing in the News 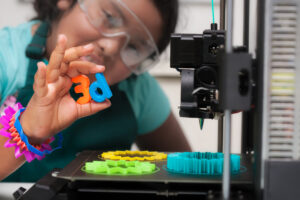 3D printing is revolutionizing the way we make things. New developments and advancements are expanding the limits of what can be manufactured using 3D print technology. It seems like everyday someone’s coming up with a new application for 3D printing. Let’s take a look at a few of the more recent 3D print applications and developments.

Contact ProTek Models through our website or call us at (832) 968-6636 to speak with one of our engineers about your 3D print project.